Remember when you were at University and you had a major assignment due for your course and you went and got drunk instead? Or you spent the time on Reddit, or one of the newly founded social networks? It turns out that procrastination is a talent that you never lose and I’ve got even better at it lately. Despite having at least 28 things to do on my to do list in the three weeks before I leave for the US, I find myself procrastinating like a pro, anything is better than attacking the massive to do list, whether it’s losing to my wife on Words With Friends (she’s an English graduate that’s my excuse) or rearranging the contents of my sock drawer. I’m hoping that when it gets dangerously late I’ll get the rush of adrenaline I got while writing last minute essays at University and get all my packing and preparation done in a remarkably short time. Here’s hoping!

Of course, the best kind of procrastination is being with friends so you can pretend that the thing (or 28 things) you must do no longer exists. If you are out of the house and ‘busy’ then it doesn’t count as procrastination and you can officially not feel guilty. In my opinion anyway. I was fortunate enough to spend time with friends all weekend, in fact I was hardly at home at all. On Saturday I met up with two good friends from my University days and despite the dire weather forecast the weather was actually pretty nice. We walked along the canal to one of my favourite pubs in the city, the Double Locks and enjoyed a few pints of cider. I’ll miss this kind of pub (and this kind of cider!) because it simply doesn’t exist anywhere outside of the UK. I met up with another friend in the evening and had pizza and watched a film so all in all a pretty good start to the weekend.

No better place to spend a sunny weekend

On Sunday I met up with another friend and headed up to Exmoor National Park. It’s not that far to the north of me but I must admit I’ve always neglected it in favour of Dartmoor as it’s not as easy to get to from where I live. My friend was able to show me what I’d missed though, and the place is beautiful. We had a nice coastal walk in woods dropping steeply to the sea and hardly saw any other walkers. Having rested myself a little for the previous couple of weeks (chest infection) the walk wore my legs out but the views made that very worthwhile. Naturally we rewarded ourselves for the effort with a fairly decent cream tea at a small cafe. So it was a pretty busy weekend avoiding packing and everything else I need to do and I’m very glad I did it. 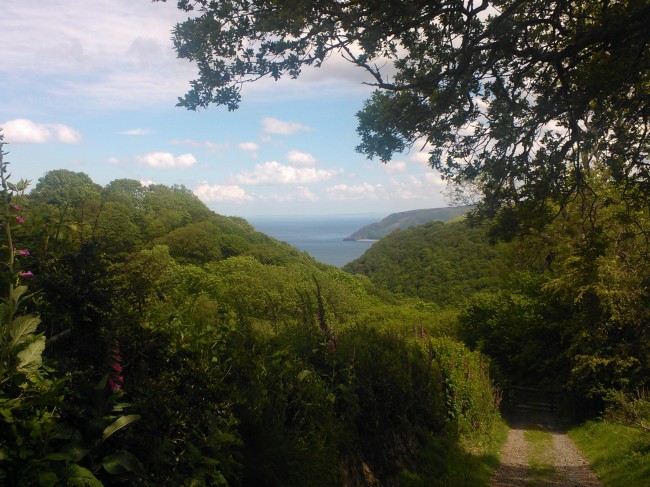 Exmoor is great for walking

Hopefully now that I’ve written this post (another sneaky way to procrastinate!) I can go and get things done.

5 thoughts on “The Art of Procrastination”